How others approach it

Great motion design feels obvious and right when we experience it, but pulling it off requires careful work behind the scenes. It takes unique collaboration between design and engineering to transform a dynamic medium into a more natural part of the world around it, with a rationale for every move, a shared understanding of the end goal, and a common language to describe it all.

Like any creative discipline, we see tried-and-true principles applied in radically different ways by different practitioners and teams. In this chapter, we’ll take a spotlight to four unique organizations and their respective approaches to animation.

Include animation at the start

The most dynamic interface animation takes both engineering and design thinking. Both mindsets have biases, perspectives, and skills that complement one another. Close collaboration between the two leads to great work—something exemplified well by Zova Fitness.

Zova Fitness is a small startup based in Sydney, Australia. Their fitness app has gained attention for its great content and the thoughtfully designed experience, which won the team an Apple Design Award.

Animation is a key part of the Zova Fitness experience. David Fumberger, chief design officer, shared a bit about his animation workflow. It included the four key steps he goes through with his team.

For David and his team, it’s crucial to consider animation from the start of the design process. Failing to do so may create animated elements that feel tacked on or don’t solve a specific problem.

David also believes designers should be aware of the limitations of their medium and work with engineers to understand those limitations. Likewise, engineers should communicate and help navigate less obvious limitations, such as data and platform constraints, that might help their design counterparts.

Crafting great motion requires more than images, arrows, and blueprints; it calls for shared language and motivation, a consistent set of tools, and methods. For the team at Headspace, a singular focus on the user journey is the foundation for an uncompromisingly consistent experience.

Anyone who has used the Headspace app for guided meditation will be familiar with their quirky educational animations. They somehow elucidate abstract mindfulness practices and deal with serious subjects like anxiety and depression, all while maintaining a feeling of engaged playfulness.

The design team at Headspace integrates interface animations into the product in a way that supports people along their journey. Jon Brennan, senior product designer, and product designer Christine Cha shared about their process.

At Headspace, they rely on four building blocks of motion (some of which we covered in the animation principles portion of chapter two):

During a transition from one screen or state to the next, multiple elements move at once; each of the building blocks above can describe how that movement takes place. As people go through the Headspace experience, the animations reinforce the stages of the process and clarify what came before and what’s coming next. Animation helps tie a thread through it all.

Because it’s such a critical part of the product, the animation process starts just after user research. By starting to think through animations while the product is still being designed in wireframes, designers can quickly iterate on and evolve their concepts.

Accessible from the start

When you include animation in the design process early, you also ensure your team enough time to build and test your animations for accessibility and assistive technologies, or to design accessible alternatives that surface the same information another way.

For example, in addition to animating a “pull to refresh” interface, include accessibility labels or hints that offer an alternate way to refresh.

One example the team gives is the sleep experience. From a user need perspective, the app should be smooth and fluid, and not disruptive to someone’s state of mind. So not only are the colors muted and dark, but the information is paced in such a way that nothing jumps out and everything flows smoothly.

Across the app, the Headspace team’s goal is to present a seamlessly peaceful and serene environment where every interaction or transition maintains a calm meditation space.

Align on the journey

The Headspace team’s mission to maintain a serene environment includes these practical tips for working with animation, which apply to teams of all sizes:

As a company scales, making user experiences coherent across product lines becomes increasingly challenging. At the same time, the risk of disparate teams duplicating their efforts in designing interactive elements also increases. For this reason, design systems have become a popular way to support the design and development process when building features more efficiently and delivering cohesive experiences.

Like a good interface, a design system should always guide us toward the best solutions. It’s important to treat design systems as living documents, and update them to address common scenarios, pitfalls, and other problematic situations.

Richard Fulcher, the UX director of the Material design team, and senior UI designer Eric Henry explain how animation is integral to Material with three core principles: motion should be informative, focused, and expressive.

Informative motion, according to the Material design system, “shows spatial and hierarchical relationships between elements, and what will happen if an action is taken.” Informative motion is akin to what Headspace describes as motion’s behavior.

Focused motion points to what’s important in a design or interaction. And expressive motion adds humanity, personality, style, or brand attributes to a design, playing on the animation principle of appeal from chapter two.

The Material design system goes on to define and explain how and when to use motion in interfaces, and provides motion guidelines to establish hierarchy and how elements are related to one another. From establishing how to use motion to offer feedback, to indicating how to offer hints and guidance, the Material team leaves nothing to chance in clearly defining the use of motion at Google.

At an organization as large as Google, it’s impossible for a single person or team to ensure consistent design practices. That’s where the Material design system comes into play:

From the pink mustache that once graced the company’s ridesharing vehicles to their undercover rides with celebrities like Chance the Rapper, Lyft designs to delight. It’s no surprise that animation is a core part of their product design process.

Linda Dong, design manager of core design at Lyft, explains their core animation principles, how they design their animations for accessibility, and why animation is an important part of their design system.

The principles of motion at Lyft are be intentional, be responsive, and be expressive:

Together, these principles communicate an animation system that balances an expressive brand voice (“Hey, we’re Lyft!”) with an understanding of the real-world scenarios they’re trying to improve with animation.

These real-world scenarios—usually while someone is driving or looking for a ride—include designing for accessibility. For example, notifications might pop up on the screen saying, “Hey, your driver has arrived.” A screen reader should have time to process that notification before it disappears from the screen. In designing the animation, it’s very important that the team sets minimums for animations to make sure someone actually has time to digest the content before it goes away.

Scenarios like this are represented in Lyft’s motion design system, the Lyft Product Language, which both teaches principles of motion and exposes the ethos behind their particular brand of motion. By sharing principles and ethos together, designers are better equipped to work with their teams and evangelize those principles and guidelines.

For the people ultimately using Lyft’s products, the design system contributes to a more cohesive and intuitive experience by informing how and when motion should be executed: is design different for Lyft riders than for drivers? Where can designers use motion to reduce the perception of interface load or wait times? When are the best moments for expressivity?

The moment a team starts designing something, like the driver arrival notification, is when they start choreographing motion. For this to work effectively, it’s critical that the design and engineering teams collaborate on a daily basis and share responsibilities. This close collaboration makes for the most efficient use of time and leads to the best solutions while still allowing for a healthy amount of exploration and refinement.

The job of the Lyft design systems team is to build up the principles and integrate them into reusable components. This frees a designer and engineer to simply plug-and-play, safe in the knowledge that things like timing curves and durations have been considered carefully. It’s how they ensure that every animation effort maintains both Lyft’s brand expression and commitment to supporting its drivers and riders.

As we’ve seen from Zova Fitness, Headspace, Google, and Lyft, it pays off to consider animation from the beginning of the design process, no matter the size of the company that you’re at. Designers and teams who integrate motion from the beginning will be much more likely to benefit from a cohesive user experience, increased ease of use, and the overall delight that animation can bring to a product. Going further, documenting animation principles and examples as part of a design system assures that every interaction maintains the right balance of brand identity, quality, and accessibility. 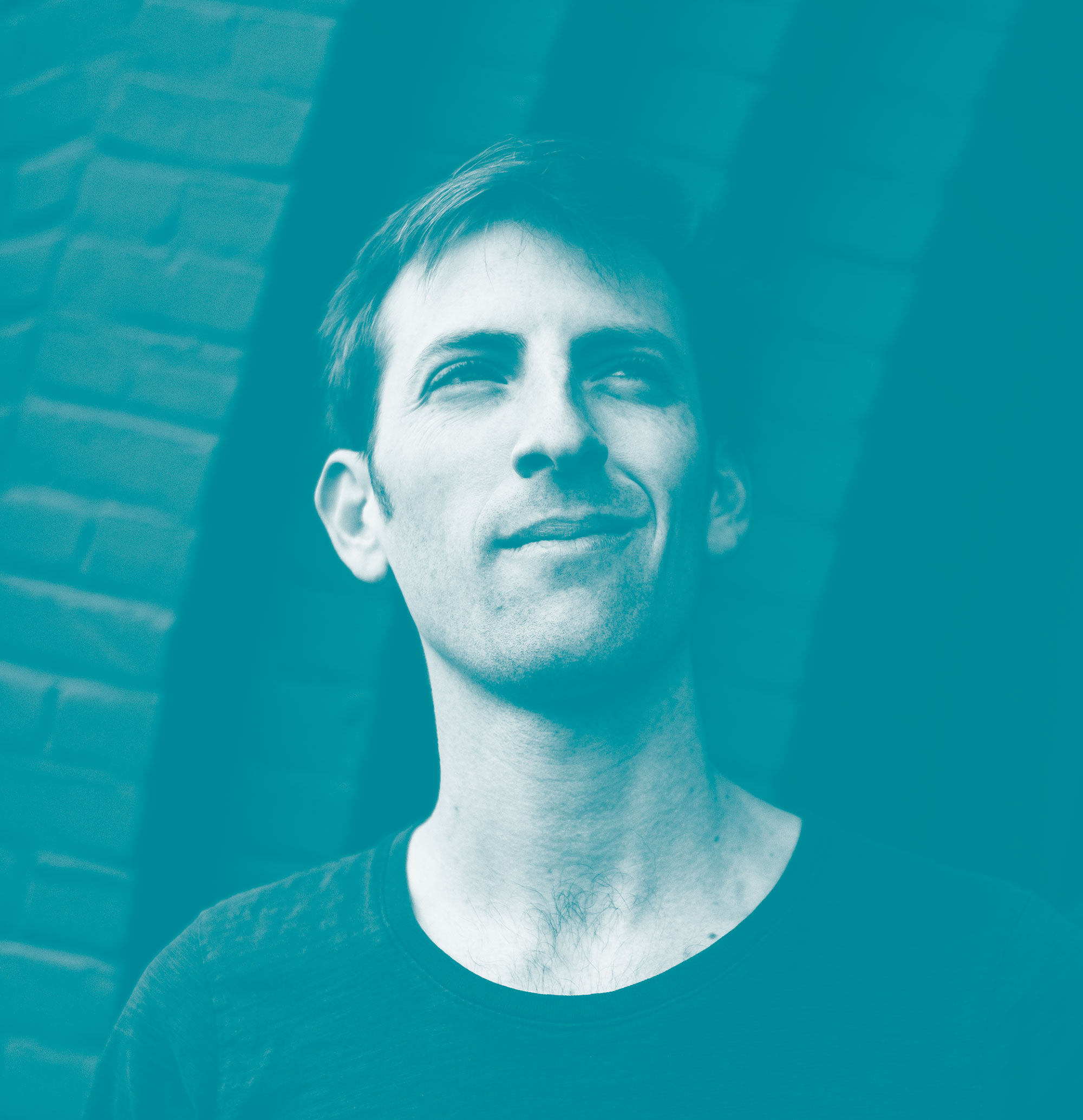