The heart of design

Imagine that you live in a remote village in Nepal. It’s winter and freezing sleet pounds the nearby roads, making them nearly impassable. You’ve just had your first baby, a little girl, and she’s premature and severely underweight. The room that you’re in, while warm to you, feels like an ice-bath to the baby. Without help soon, she will almost certainly die from hypothermia. What do you do?

Worldwide, about 15 million premature babies are born every year and the most common preventable cause of infant mortality is hypothermia. As designers, we solve the problems of others, and solving the problem of infant mortality due to hypothermia seems like an extremely worthy design challenge. This is exactly what a team from Stanford’s d.school set out to accomplish as a project for the class Design for Extreme Affordability (often known just as “Extreme”).

The team ended up with a novel, innovative solution—but they never would’ve arrived there if they remained within the bubble of Stanford’s campus. They needed empathy to see the problem clearly from the perspective of hospital staff, doctors, and most importantly, parents of the child in danger.

Initially, the design team thought redesigning existing hospital incubators to be simpler and more cost effective would be the easiest solution. But when team member Linus Liang toured a hospital in Nepal, he noticed something strange—the incubators were sitting empty. After interviewing a doctor about this, he learned that many homes where these babies were born were 30 or more miles away on rough rural roads, and that the parents faced the fight for their babies’ lives at home, without much hope of making it to a hospital.

The Extreme team used this insight to inform their decisions about the product’s direction. Instead of a cheaper incubator (the initial concept, but likely ineffective given the evidence) they decided to design something to help babies at home: a portable incubator, much like a tiny, heated sleeping bag, which they named Embrace.

Empathy is at the heart of design. Without the understanding of what others see, feel, and experience, design is a pointless task.

“Empathy is the heart of design.” @tceb62 @IDEO

While prototyping the Embrace, the team interviewed many moms, healthcare workers, and shopkeepers who helped them iterate on solutions. By showing prototypes, they learned about critical barriers to adoption:

With these insights, the team was able to create a product that was easy to use correctly in the locations it was designed for. They formed a company based on this product, grew it to 90 people, and have helped over 3,000 babies.

By using empathy and focusing on the people who would use the product—in this team’s case, a literal journey that exposed them to the feelings and challenges of their users—the Embrace team came up with a product that saves lives.

Empathy is the foundation of the whole design thinking process. Using a beginner’s mindset and immersing yourself in the user’s experience is a great way to uncover deep needs and insights. It also ties directly to the Guess less principle of product design. In this Empathize section of our course, we’ll dive into a case study where empathy helped create an innovative product for Bank of America. We’ll then walk through some exercises you can employ to gain more empathy for, and insights from, your own users.

How can empathy help us design better products? To find out, try this exercise, adapted from the Wallet Project exercise taught at Stanford’s d.school. It should only take about 15 minutes. (Go ahead, we’ll wait for you.)

Case study:IDEO and Bank of America’s Keep the Change program

Ultimately, people want to feel that they are in control … managing money is not generally something people like to deal with … [this project] was about helping people build better habits, but also relate to their money in more positive ways.

Interaction at IDEO during the Keep the Change project

“Ultimately, people want to feel that they are in control … managing money is not something people like to deal with.” @cms_

Let’s try a thought experiment. Put yourself in the state of mind of someone living paycheck to paycheck. For some of us who as designers spent time freelancing and waiting … and waiting … to get paid by clients, this might not be a hard thing to imagine.

What are some of your biggest fears? Getting your water or heat shut off because you can’t pay bills on time? Maybe things are bad enough that you worry you won’t make rent and could get evicted.

You probably don’t have time (or the means) to worry about setting up a savings plan. A 2013 study at Princeton showed that being in this state of mind actually impairs the brainpower needed to navigate other areas of life.

So how do you go about designing a banking product for someone stuck in this vicious cycle? In 2004, the design firm IDEO tackled exactly this challenge for Bank of America. Their target users were not restricted to people in this demographic, but the insights that lead to Bank of America’s innovative “Keep the Change” program came in part from extreme users.

Such users had unconventional ways of solving banking problems, which gave the IDEO team ideas for a banking service that would help address the needs of people having a difficult time achieving a sense of control over their finances.

There was an almost unexpected and very emotional effect from this new service … people who previously never had savings suddenly did … and it wasn’t the amount that mattered; even a small amount of money in their savings account gave them a sense of power and control over their finances.

IDEO was given the challenge by Bank of America to find novel ways to entice people to open accounts. The bank was hoping that IDEO’s human-centered, ethnographic-based approach to design would bring innovation to an industry that’s typically very conservative and reluctant to change.

To accomplish this, IDEO embedded themselves into the Bank of America team and conducted observations in several cities across America. They spoke to families and individuals, learning about spending and banking habits. As IDEO synthesized their observations, they began to notice some interesting patterns.

Often, mothers were in charge of the finances. This was during the early 2000s, before online banking and mobile devices had more or less replaced the idea of a balanced checkbook. Some moms had a practice of rounding up the number in their checkbooks; this made addition easier, but it also gave a small buffer in spending.

Armed with this insight and the knowledge that many of these families had difficulty saving what money they had, IDEO came up with a service idea. People could enroll in a savings account that would round up purchases made with debit cards. Then, the overage would be transferred to a savings account automatically. In addition, the bank would match the money transferred to savings to a certain dollar amount.

As you might imagine, this program became very popular—and not only with people who had trouble saving money. Ever since the program launched in September of 2005, more than 12.3 million customers have enrolled, saving a total of more than 2 billion dollars. Of all new customers, 60% enroll in the program.

When we interviewed Faith Tucker, the former Senior Vice President & Product Developer at Bank of America, she was clearly proud of the emotional impact this service had on people who found saving money difficult. The amount was largely inconsequential—it was more about the change in mental state and feeling of empowerment that these customers gained.

To a certain degree, it removed the feeling of shame that came along with being unable to save money, which was replaced with pride at taking more control over finances.

In the film DESIGN DISRUPTORS, Julia Zhou (VP Product Design, Facebook) and Mia Blume (Product Design Manager, Pinterest), talk about the importance of having empathy for your user.

Product teams need to move fast, and they’re often working on a strict timeline. It can be hard to convince stakeholders that user research—in the form of an ethnography—can be completed quickly and still have an impact.

However, there are some great techniques available to do exactly that. If you’re highly constrained on time and budget, try a Minimum Viable Ethnography, pioneered by user research expert Erika Hall of Mule Design.

A camera study can be a great substitute for rapid empathy work, but getting buy-in from the participants is an essential, and not always easy piece.

If you have a little more time, try a user camera study. The advantage of this approach is that you get a semi-unfiltered view into the day-to-day environment of your users and you gain insights that may not be available via a phone or video interview.

Here’s a step-by-step guide for the study:

Empathy as the heart of design

Empathy is a journey into the feelings of others. Sometimes it’s a physical journey, like the one the Embrace team took to Nepal. Other times, it’s a virtual journey, where users share their screens with you or collect pictures of their environment in a camera study. Whatever your methods include, a good empathy study will give you new perspectives on the lives of your users—including the challenges they face, the things that keep them up at night, and the moments that delight them. Having this empathy can give you the insights you need to solve hard, worthwhile problems.

Without empathy, IDEO would not have been able to help Bank of America create a product that helped their financially strained customers feel empowered about saving money. Embrace wouldn’t have been able to create a product that’s saved the lives of thousands of premature babies. Empathy connects designers to the people who will use our products, empowering us to create products that ultimately meet real human needs.

As humans, we evolved to have a powerful sense of empathy. The primatologist Frans de Waal writes that the power of empathy to help people collaborate is one of the reasons we became so successful as a species. Wield this power as a designer and you’ll have the foundation, and the heart, to create great products for humans everywhere. 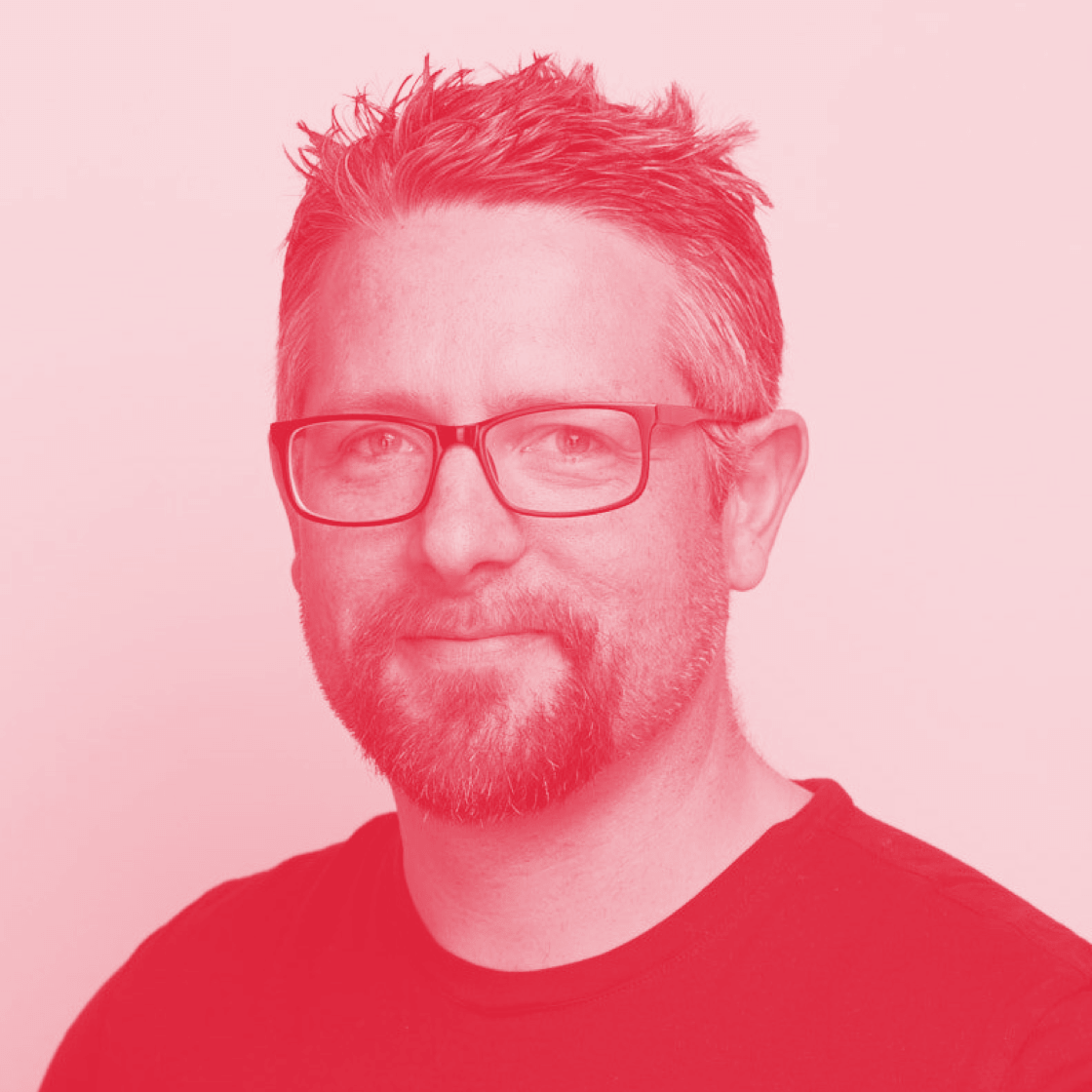